Admin2
6 101
46:19
+2739
Scat
33 / 6
Screenlist
Description
Comments (1)
Complaint
Since shooting a video with 7 saved shit is delayed because of the unexpected start of menstruation and I miss the crap in my pussy, I decided not to deny myself the pleasure today. I wanted to shit so much, I even forgot to say hello. My shit is trying to get out, my ass is already dirty. I fart a little and make a perfect pile of creamy shit. My menstrual cup is shown from a pussy, and I take it out and to put it aside for later. I piss, fuck bloody pussy with a glass toy then fuck my ass and get some more shit, then I fuck my pussy with a dirty toy. I take the shit and start filling my pussy…oh, how I like it! When the pussy was full of shit I wipe it with wet napkins and let out my beautiful long shit from pussy. Filled my pussy a second time and poured the blood from the menstrual cup, rub it and smear it a lil. Then let out shit form the pussy again with some blood and a little shit is still inside mmm…I take the toy and fuck my pussy again, smear bloody shit on ass and pussy...
Related Videos
MissAnja - Little Shitty Panty
Smearing 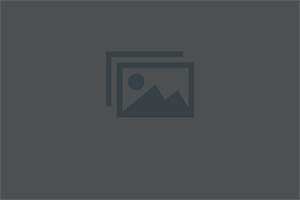 Note: Violating rules will lead to us disabling your ability to comment videos.
Adult content - access restricted
Vids.Rip are strictly limited to adults of over 18 years of age (or the age of majority in the individual’s jurisdiction). Please confirm you’re of legal age, and if you’re not – please leave the site.

Minors are strictly forbidden from using Vids.Rip. By choosing to enter this site, you confirm, under penalty of perjury, that you are legally permitted to view adult content. Warning: if you are not of legal age and choose to proceed, this notice releases us from any responsibility for your actions.

Parents, learn how to protect your kids from accessing adult sites!
i'm over 18
Exit
We use Cookies to improve your experience!
The General Data Protection Regulation (GDPR) and the ePrivacy Directive (ePR) require that we ask your permission to use cookies to improve your user experience on Vids.Rip. Click “I accept” if you consent to using cookies on this site. You can find out about how we collect and use your data in our Privacy Policy.
I accept
I do not accept